It's happening all over the country! Parents are finally showing up at school board meetings which is something I've been calling for since I've been on the air.

Also happening is parents are running for school board seats and in Iowa now that the election has been moved to the same day as all the other elections, turnout should be much better and hopefully the political operatives will be removed.

This of course is panicking Democrats and now President Biden has moved to silence parents.

He's not the first Democrat to be concerned about parental power. Last week Virginia Democrat gubernatorial candidate, Terry McAuliffe, said parents should have no say in what their kids are being taught! Now Biden is trying to weaponize the Department of Justice and use it against parents who have been speaking up. 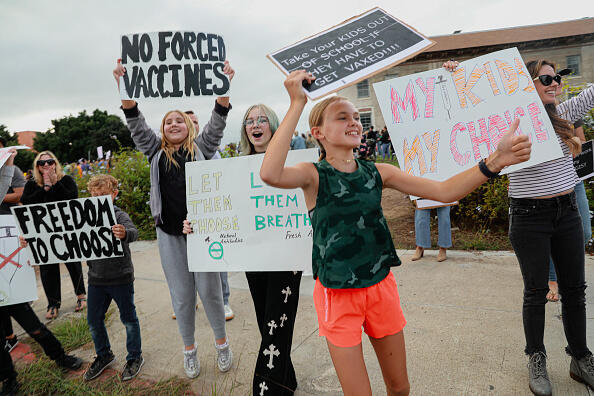 "Threats against public servants are not only illegal, they run counter to our nation’s core values," Attorney General Merrick Garland said of the effort in a statement. "Those who dedicate their time and energy to ensuring that our children receive a proper education in a safe environment deserve to be able to do their work without fear for their safety."

But House Minority Leader Kevin McCarthy had plenty to say about this effort to muzzle parents. "We saw it last week when Virginia Democrat gubernatorial candidate, Terry McAuliffe, said parents shouldn’t have a say in what their own children are taught and it continues this week with the Biden administration labeling parents with concerns and dissenting opinions as domestic terrorists," he said.

"Parents have a fundamental right to be lawfully involved in their children’s education. We should encourage family participation in our school systems, not baselessly attack opposing views because some liberal education officials and special interest groups see it as a threat to the power they want to have over what children learn in America’s classrooms."

What do you think? Biden's move to silence parents succeed?