RUSH: I've always told you how when the media gets in trouble, they circle the wagons and give each other awards. Dan Rather. Dan Rather gets caught making up an entire story about George W. Bush and the Texas National Guard, claims a bunch of garbage that Bush daddy's buddies kept George W. Bush out of combat, even let him get away with skipping mandatory duty as part of the Texas National Guard.

None of it was true. It was all made up. What did the Drive-By Media do after Rather was fired? Well, even before he was fired? Tom Brokaw and Peter Jennings created a new award and held a big festive dinner, gave Rather the new award, something about courage in journalism under fire and this big, lavish dinner at some grand ballroom at a hotel in New York. 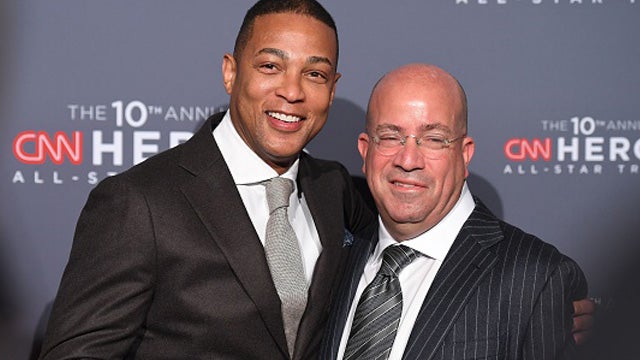 All right? CNN's prime time audience in the demographic is 70,000 people, 25-54. Overall they have 700-some-odd-thousand people. They have lost two-thirds of their audience. And they continue to lose their audience. Headline from The Hollywood Reporter: “Anchors and Broadcasters Toast Jeff Zucker: ‘He Completely Changed CNN -- Discovery CEO David Zaslav presented his ‘best friend’ Zucker with the Fred Dressler Leadership Award on Thursday in New York.

“CNN president Jeff Zucker's employees and former colleagues sang his praises as he was given the Fred Dressler Leadership Award on Thursday at the annual Mirror Awards ceremony in New York.”

So the guy definitely has changed CNN. The guy who has sent two-thirds of its audience packing just got an award for doing so, was just singled out as a boy wonder. And we've got quotes from people like Fredo Cuomo. We got quotes here from Tom Brokaw. Tom Brokaw said, "Jeff was a boy wonder from the day he walked into the doors of NBC.” Yeah, well, why is he still not there, then?

Look, don't misunderstand. I got no brief against Zucker. I don't know the guy. I've met him one time. Doesn't matter. My point is how the media celebrates and operates. This guy has single-handedly presided over CNN losing two-thirds of its audience and they give him an award. It's an object lesson in how those people circle the wagons and behave and make sure that whatever happens, nothing is going to tarnish the business, the business in this case being the media.

Do you find it interesting that this award is given the same week all of these stories on CNN's plummeting ratings come out? I don't doubt that he was earmarked for the award before this week. These people give each other awards every week anyway for who knows what.

Documentary makers are given awards for documentaries that nobody's ever seen that have aired at 4 o'clock in the morning on the PBS affiliate in Oshkosh and that's it, but they still get an award for it. It's how they protect themselves. It's how they make sure no damage will come to the industry overall.