RUSH: Man, oh, man, folks. James O'Keefe, Project Veritas, we have been keeping you up to speed on their daily release of insider videos. They've got a CNN whistleblower who wore a wire, in effect -- audio and video wire -- and has been collecting data in meetings, CNN executives, the CEO Jeff Zucker. It has been bombshell stuff. You know, when O'Keefe first released this stuff on Monday, I had people say, "Well, Rush, I don't think this is any big deal. I mean, it's nothing we don't already know. CNN's filthy, CNN's biased. So what? This is going to be met with a lead balloon."

I said, "No, this is proof and fact versus just what we all so-called know." We now have Zucker on tape, audio and video, in the IFB talking to anchors interviewing Kellyanne Conway, telling them to "go F-ing destroy her." We have CNN employees acknowledging that it's a tough place to work because there's no news anymore; it's just "get Trump." We've the bottom CNN employees acknowledging they're not gonna stop going after Trump until he is dead. 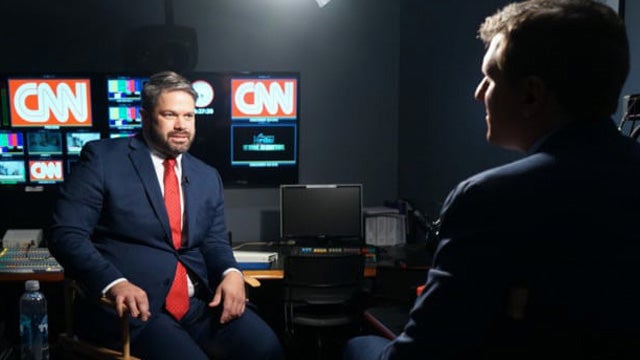 "Your own employees appear to state that CNN is focused on trying to 'take down President Trump,' driven by a 'personal vendetta' that Mr. Zucker purportedly has against him, rather than reporting the news in an objective manner." (impression) "Rush, the president can't sue anybody. This is the media, First Amendment, freedom of speech." Well, this goes beyond that now, because CNN has indicated that they're not doing the news here. This is a search-and-destroy mission, and there's evidence produced by CNN employees now.

So we'll play this out. But the point is that for all of you, "When are we gonna get our own network? When are we gonna sue the media?" Here you go. Somebody suing the media. Stand up and applaud. Trump's not sitting back and taking it. He's suing the media, threatening to sue CNN. It's just more of the fight and pushback that you love from Trump.