BRETT: You know, here's something that's really, really, really quite incredible. This radio program created opportunities for so many talented personalities, including Sean Hannity. He is among the alum of guest hosts of the Rush Limbaugh Show, going on to have his own wildly successful radio program.

Sean is this week's guest with Bo Snerdley on the podcast series, Rush Limbaugh: The Man Behind the Golden EIB Microphone. The story he shares in this latest episode, behind-the-scenes events around Rush receiving the presidential medal freedom last February, is one that you don't want to miss hearing firsthand from Sean. Here's just a sample of Sean and James Golden talking about Rush.

HANNITY: Did I ever think I'd be a success? No. Absolutely not. All I knew, James Golden, is that the first time I was -- for whatever reason -- I was a kid. And I listened to radio. My parents, they weren't coming in my room and telling me to turn off the TV. My parents would come in the room, "Turn that radio off!" In the early days of talk radio, sometimes I'd be listening to baseball games 'cause I was a sports nut as a kid, but then I heard the great pioneers of the world, all different people, all different perspectives, all different points of view, all different styles. And Rush was the one, though, that took it to this whole other level. And the path was so wide that he forged, it created opportunities for all of us. 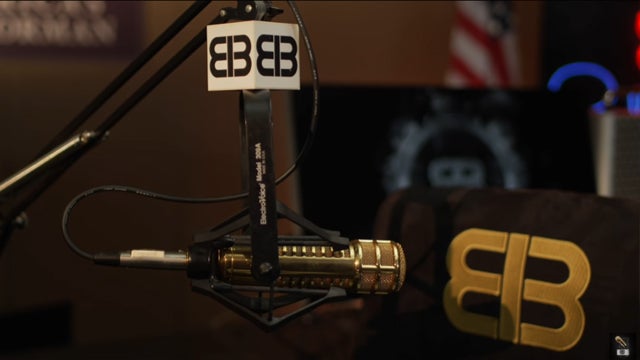 BRETT: Hundred percent right. Listen to the entire episode wherever you listen to podcasts, sponsored by Tunnel to Towers Foundation and of course MyPillow.

About The Rush Limbaugh Show