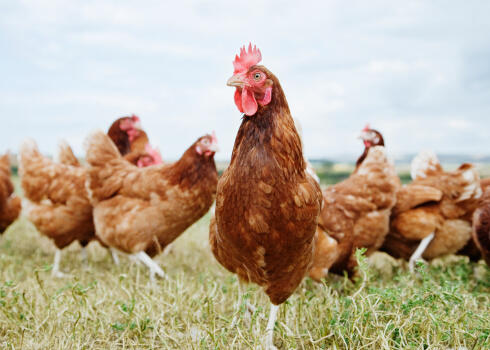 Some Des Moines residents who currently raise chickens in their backyards are crying "fowl" over proposed city rules.

City Humane Officer Sgt. James Butler says the plan would limit owners to having 15 or fewer chickens in their backyard, would ban roosters and require 250 feet of separation between a chicken coop and a neighbor's residence.

Ed Fallon says he raises chickens and while he only has about 11 currently, he likes to have up to 22 to ensure he has enough eggs. Plus, Fallon says that most hatcheries only sell chicks in lots of 25, which would make the homeowner's operation immediately illegal with any new order.

However, one feed store reported they will sell any quantity of chicks to residents.  However, the cost can be more for the smaller quantity.

Sgt. Butler says Des Moines Police recently shut down a cock-fighting operation on the west side of Des Moines and seized 86 roosters from a home. He told the council that the ban on roosters would ensure that doesn't happen.

Fallon, a former state legislator, says cock-fighting is already illegal so the city doesn't need to do anything further.

The limits on chickens are driven by resident complaints, according to Sgt. Butler.

The proposed restrictions are still in the planning stage. City officials hope to craft an ordinance for the city council's approval soon.