FORT DODGE, IA - A Fort Dodge man, wanted by police is behind bars, after stiking two officers and a plumber, who helped take the guy into custody.

"We don't want to encourage people to get involved, but in this case it worked out pretty well."  Fort Dodge Police Captain Ryan Gruenberg said. 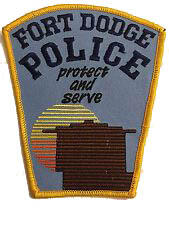 "The individual struck me in the forehead, cutting my forehead." Riley said. "Then I grabbed the guy and took him down to the ground, and held him there until officers arrived."

Riley is a former police officer.

They're okay, Rundall's in the Webster County Jail facing a host of charges, including Assault, Probation Violation, Interference with Official Acts, and drug possession.