The jury in the Kyle Rittenhouse murder trial will begin deliberations this morning.

Yesterday we had closing arguments from the prosecution and the defense which at times became truly strange and even a bit scary, especially when Assistant District Attorney Thomas Binger picked up the Armalite style riffle that was used by Rittenhouse and flagged the entire courtroom including the jury when he pointed it directly at them with his finger on the trigger and the stock not properly shouldered.

There is a LOT going on around this case which I discussed yesterday with our legal expert, Alan Ostegren. You can hear that discussion below.

Threats to Dox the jury; threats against the judge; and of course the media just continually lying about Rittenhouse himself. Like the "he wasnt even allowed to have that rifle in Wisconsin". Except he was. 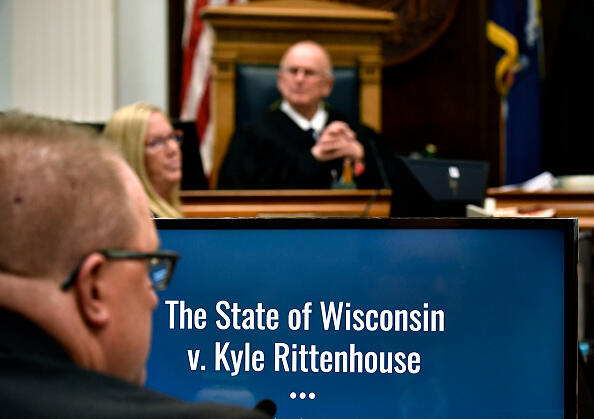 17-year-olds are allowed to carry rifles as long as their barrels meet a minimum length requirement, and Kyle Rittenhouse’s rifle met that requirement. And yesterday in open court, even the prosecution admitted that.

JUDGE: Is it legal?

JUDGE: Either by barrel or by overall length?

JUDGE: All right, then count six is dismissed.

So for an entire year not when member of the mainstream media or any media for that matter, even bothered to check the law in Wisconsin. They just wanted to attack Rittenhouse no matter what. Facts simply not important.

Now that the Jury has the case, what do you think? Will Kyle Rittenhouse be found guilty or not guilty?