They have already begun to count the dead in Ukraine following Russia's invasion. It was 40 at the time I was writing this.

Russia's attack is something Putin is calling a "special military operation".

Putin has warned the world of "consequences you have never seen" to any country that gets involved while the Ukranian President, Volodymyr Zelensky, has told his people "we will defend ourselves". 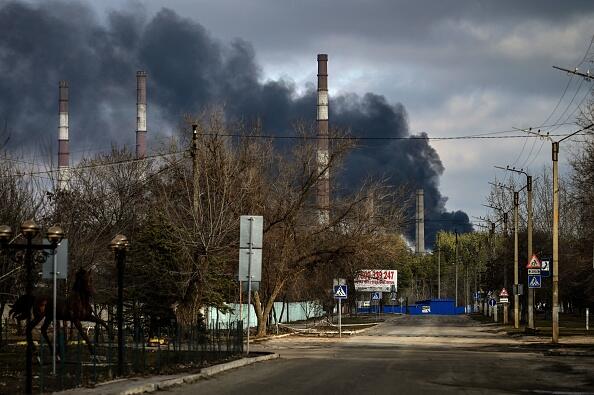 Smoke rises from a power plant after shelling outside the town of Schastia, near the eastern Ukraine city of Lugansk - AFP

This morning, oil went through $105 a barrel and you can expect gas prices will soar.

We import 595,000 barrels of oil every single day from Russia. President Biden cancelled the Keystone XL pipeline on day one of his Administration. It would have produced 830,000 barrels per day. Being reliant on Russia for anything is clearly a dumb move.

The biggest question however is this. WiIll the United States be drawn into a shooting war with Russia?