Back in September of last year, a study by the University of Virginia's Center for Politics, found a majority of Trump voters thought it was time to split the nation into red and blue States and to create two new countries. That same study found that 41% of Biden voters thought the same.

This is a conversation that has been going on for quite a while. A Poll a year earlier found that an astonishing 70% of Americans are angry at the political system.

Other countries like the former Czechoslovakia have successfully split - that one was called the velvet revolution.

And Greece and Turkey had a population exchange in 1923 following Greece's independence from the Ottoman Empire in 1830 and four major conflicts between the two countries leading up to that - the last one being the Greco-Turkish War (1919-1922). 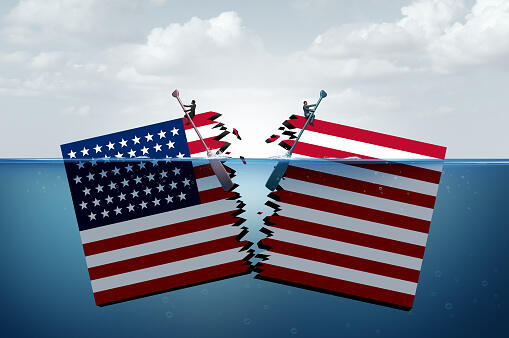 Now we even have some liberals who are publicly calling for a split, like actor Ron Perlman who took to Twitter a few days ago.

"It's time that every state they would elect republicans to represent them, and all of the rest of us separate. You don't wanna live in my world and I certainly don't want to live in yours."

Is he right? Are we getting to a point of no return?